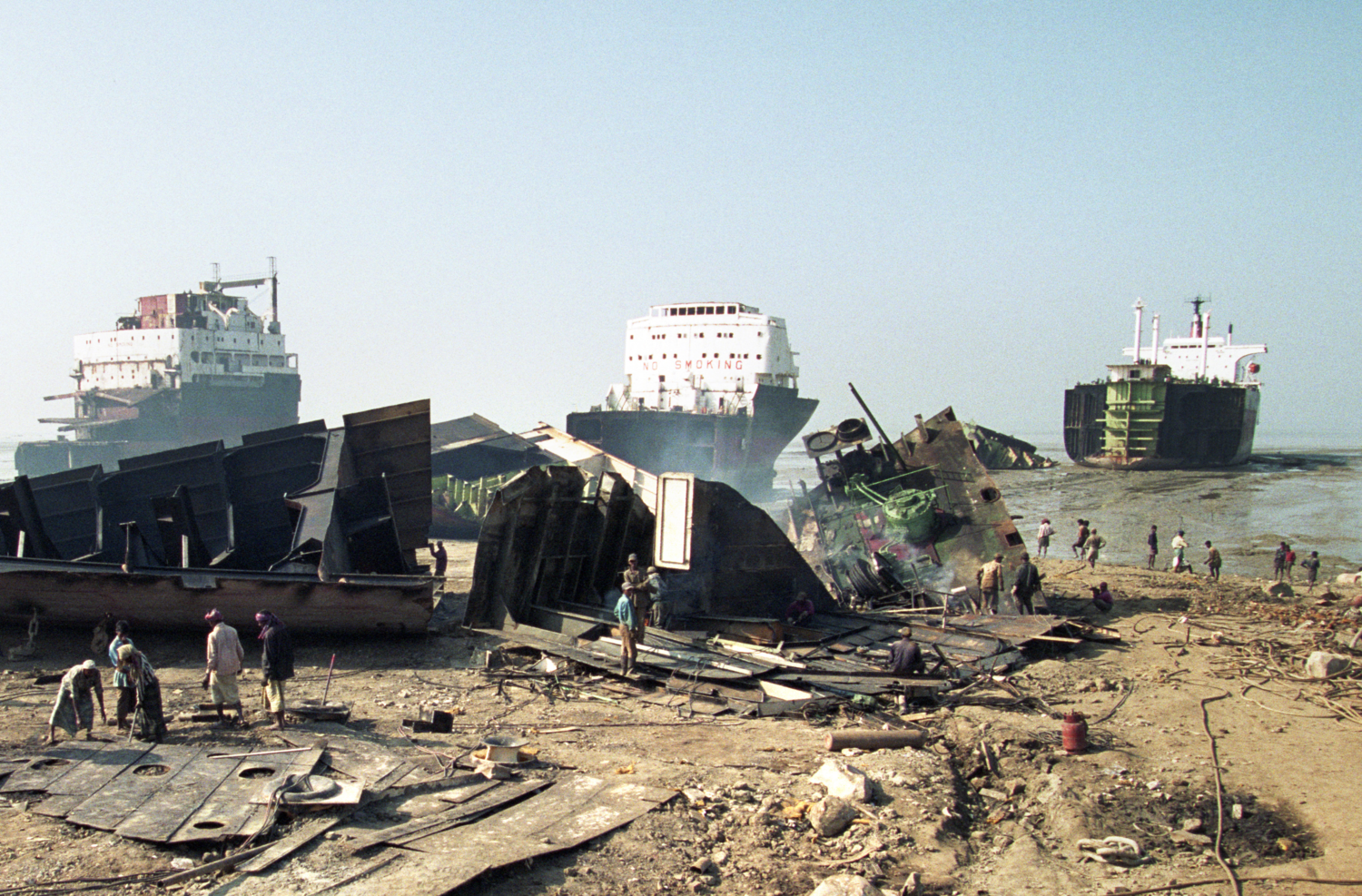 Ships are subjected to some of the most extreme conditions over their working lives. They sit in corrosive salt water, are pounded by waves and wind, and aim to be constantly on the move. Under such demands, ships have a definite shelf life the length of which is dependent on a number of variables, such as the trade the ship operates, the cargo the ship carries and the care taken of the ship over its life.

Ship Breakers, also known as ship recyclers or demolition yards, is a place where ships go at the end of its life to be broken apart.

They receive a ship and dismantle it section by section, to sell the steel for recycling or for disposal. The deconstruction of a ship could take place at a pier, drydock, or on a dismantling slip, and includes a wide range of activities, from removing all gear and equipment to cutting down and recycling the ship’s structure.

Until the late twentieth century, ship breaking took place in port cities in the developed world, but today most ship breaking takes place in developing countries, particularly in Bangladesh and India.