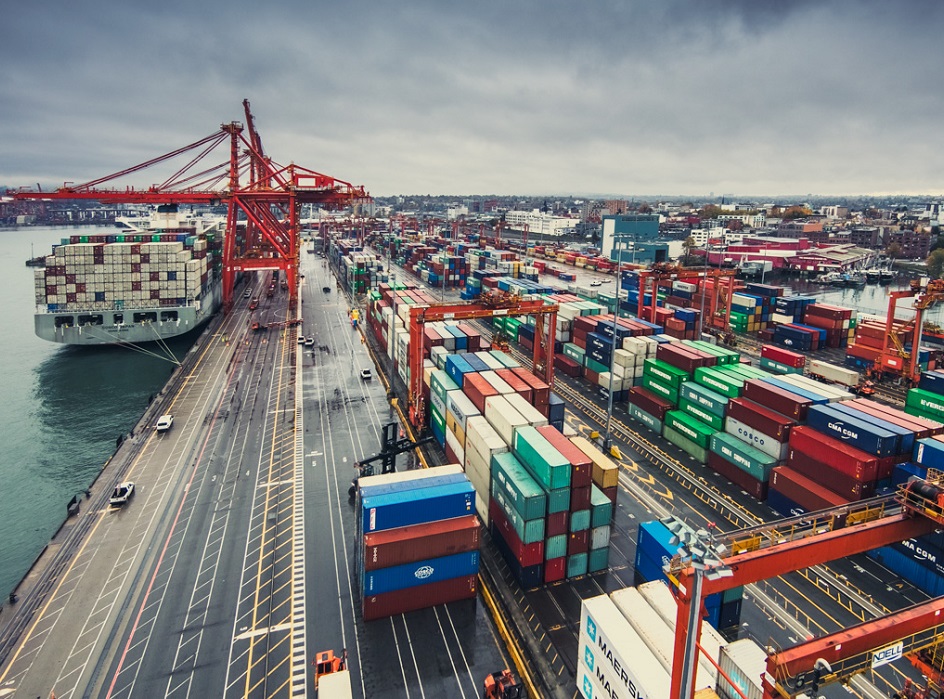 The Port of Vancouver is the third largest port in North America in terms of total tonnage moved in and out of the port. The port is home to many different enterprises including cargo and cruise terminals, industries requiring tidewater access, shipyards, tugboats, railways, trucks, shipping agents, freight forwarders, suppliers, builders, and administrative agencies. The port is home to 27 major marine cargo terminals, three Class 1 railroads, and a full range of facilities and services to the international shipping community. The Port of Vancouver offers a diverse array of services across five sectors: automobiles, breakbulk, bulk, container and cruise. The port facilitates trade with more than 170 world economies, and handled 138 million tonnes of cargo in 2015 valued at $200 billion.

Ports such as the Port of Vancouver provide huge economic benefits. In a study conducted in 2012 examining the impact of the port it was found that operations directly related to the port create:

The Vancouver Fraser Port Authority is responsible for the stewardship of federal port lands in and around Vancouver, British Columbia. Under the mandate of the Canada Marine Act, the port authority carries out a variety of critical duties such: - Safety and security of all land and waters, in collaboration with other agencies, using technology and land and water patrols. - Permitting of all projects proposed for the use of federal port lands. - Environmental reviews under the Canadian Environmental Assessment Act, 2012 for projects on port lands.