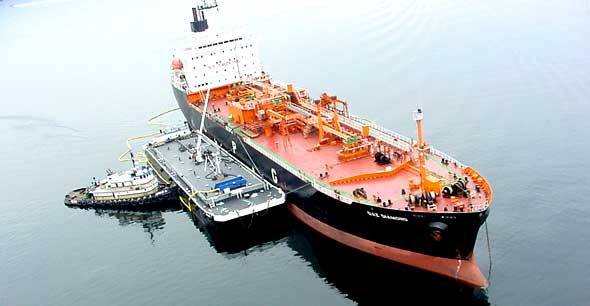 Gone are the days where merchant ships can be powered by wind alone. These ships have dramatically increased in size and now need considerably more power to move cargoes from one port to the next. As with cars, ships need to burn fuel to create that power, but unlike cars, ships can operate on a relatively low grade of fuel oil.

Referred to as bunkers in the maritime industry – taking its name from the place where it is stored onboard a ship – this marine fuel is supplied to ships while in port, usually at a price in line with the crude oilprice levels. It can be supplied ex-pipe, or by barge. The bunker markets of Los Angeles, New York, Houston, Singapore, Panama and the Amsterdam, Rotterdam and Antwerp region together account for around a quarter of fuel oil supplied to ships.

Ships contain a massive amount of complex machinery, which needs to be smoothly running sometimes for weeks at a time. Use of a lubricant, such as grease or oil, means that friction between moving parts is reduced, keeping the parts moving, in much the same way as the chain on you bicycle needs regular