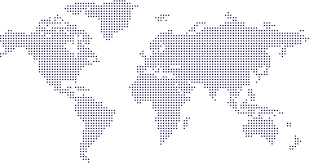 Before WWII freight rates for tanker voyages were expressed in dollars or shillings and pence per long ton. This system was inefficient because it meant when a charterer required additional services such as wide loading or discharging, it meant more rate freight rates needed to be agreed upon.

During WWII the US and British governments took control of the tanker shipping and in return paid owners a set daily rate. Occasionally during this period requisitioned tankers were available to major oil companies for private use, on such occasions the companies paid freight to the government concerned, and this rate was determined in accordance with a scale of rates laid down by the government. The rates were calculated so that after allowing for port costs, bunker costs, and canal expenses, the net daily revenue was the same for all voyages. This idea that an owner should receive the same net daily revenue regardless of the voyage performed formed the basis for the adoption and spread of tanker rate schedules.

In 1946 both the British Ministry of Transport and the US Maritime Commission issued their last schedules which came to be known as MOT and USMC. Governments ultimately ceded control of shipping back to private citizens and corporations in 1948 they were no longer bound by these rates. Even though the schedules were not binding, individuals largely negotiated in terms of these scheduled rates plus or minus a percentage based on market conditions. In subsequent years new scales issued by non-governmental bodies began to appear (e.g., London based Intascale or New York based ATRS).

In 1969 a joint scale called the “Worldwide Tanker Nominal Freight Scale” (Old Worldscale) was developed. This scale also changed payment in that it became a freely negotiated percentage adjustment to the scale rates that determines the actual rate used for payment. Custom also changed with Worldscale’s adoption market levels of freight were expressed in terms of a direct percentage of the scale rates instead of a plus or minus percentage. Over the course of its lifespan (1969-1988). Worldscale was regularly revised for changes in bunker prices and port costs but the fixed daily hire element remained constant. The new version of Worldscale was introduced in January of 1989. It maintained similar conventions as its predecessor but adjusted the fixed daily hire element to better reflect the current average vessel to provide a basis for the scale. Both the new and old Worldscale are the combined effort of two non-profit organizations, Worldscale Association Ltd. and Worldscale Association Inc. based out of London and New York City. Each company is under the control of a Management Committee, which is made up of senior brokers from leading tanker brokerage firms in London and New York.