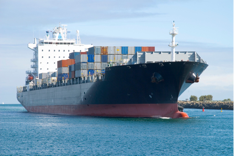 Maritime transport is responsible for approximately 90% of global trade and is considered the least environmentally damaging mode of transportation. However, the maritime industry is continuously making significant advancements in reducing our environmental impact on the planet.

In order to minimize the impact of the maritime industry on the environment, the International Maritime Organization (IMO) developed the International Convention for the Prevention of Pollution from Ships, or MARPOL (which stands for Marine Pollution) in 1973.

The primary objective of MARPOL is to prevent and minimize pollution from ships from both accidental and operational causes, and currently includes six technical annexes:

These regulations are enforced by the government through the United States Coast Guard and the Environmental Protection Agency.

For an informational brochure on the annexes, click here or see below:

For more information about MARPOL, visit the IMO’s website here.

INTERMEPA (International Marine Environment Protection Association) is a voluntary, non-governmental and non-profit making entity established in Athens, Greece, with headquarters hosted at the Offices of HELMEPA. Read about two of the organization's members below! To learn more about INTERMEPA or other members please visit: INTERMEPA

HELMEPA (the Hellenic Marine Environment Protection Association) is pioneering voluntary initiative composed of Greek seafarers and ship owners committed to safeguarding the seas from ship-generated pollution. HELMEPA was founded on June 4, 1982 in Piraeus, Greece and has worked to foster a sense environmental consciousness and spirit of safety, among seafarers and ship owners. HELMEPA achieves these goals through a highly-coordinated voluntary effort towards informing, updating, educating and motivating all, from ship owner to the last seafarer. Members are typically ship owners, managing companies and ship’s agents, masters, deck and engineer officers, ship’s crew members as well as other organizations and stakeholders from the broader Greek and international maritime and business community.

“Save Our Seas” is the mission of the North American Marine Environment Protection Association (NAMEPA) which is an independent, marine industry-led entity that engages industry, regulators, environmental groups, educators and the public by promoting sound environmental practices. NAMEPA is a non-profit organization committed to preserving the marine environment through educating seafarers, students and the public about the need and strategies for protecting global ocean resources.