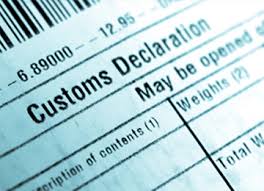 Taxation is a way of life throughout the working world, and the maritime industry is not immune. Cargoes that are imported or exported are subject to a customs duty, often referred to as a tariff or tax. These duties are collected by a government authority or agency known simply as Customs.

But collecting that duty is just one role of Customs. Another equally important role is that of regulator, controlling the flow of people, animals and goods in and out of the country. As frequent air travellers may know, there are at any one time a number of goods that are restricted or forbidden. One current example would be poultry goods, which have been restricted because of concerns of spreading avian influenza, or bird flu. It is the job of customs to ensure that those contraband or illegal goods do not enter, or leave the country.

Customs officers will need to have a good understanding of local, national and international legislation and regulation, so that they stop the wrong cargoes and release the right ones.